You are here: Home / Life on the Farm & Cow Facts / What’s the difference between a steer vs bull? Cow vs heifer? (video)

If you’ve followed our site at all, you know that Matt is a farm kid and Jessica grew up in a typical subdivision as a city kid. When we first met and started dating, we had lots of conversations revolving around cattle terminology. Very romantic…right?! Ha! One of the basic conversations was cow terminology. Specifically, that meant discussing the difference between steer vs bull, and cow vs heifer. There’s a big difference!

If you’re not up-to-speed on steers, bulls, cows and heifers, we’ve provided basic definitions and go into much more detail below:

Now that you know the very basic definitions, let’s go a little deeper on the differences between steer vs bull and cow vs heifer.

Our farm is what’s known as a cow-calf farm. This term may be new to you, but it’s a very common term in the agriculture community and it’s a typical cattle farm in the United States.

In the U.S., the beef industry is primarily made up of cow-calf farms.  Usually, farmers own about 10-100 cows.  In Missouri, the average herd size is 27 mama cows.  We’re a fifth generation farm and Matt farms with his dad. So, our herd is larger than the average since we’ve been doing this a long time.

So, what does “cow-calf farm” mean?  It means the farmer owns a herd of cows (remember, cows are the moms), and each cow is expected to have a baby calf every year.

The key to a cow-calf farm is conception. We want every cow to have a calf every year. Then, we sell the calf for income. Keep in mind, that it’s ideal for a calf to be born every year, but there are always lots of variables (more on that later).

If you’re wondering where we sell the calf, every farm is little different on this. On our farm, we typically do one of three things with the calf. We either 1) sell them to a cattle sale barn (and then another farmer buys them and raises them until they can be butchered for beef), 2) keep them for future Clover Meadows Beef sales, or 3) keep them to be future breeding cows (the Mom cows) at our farm.

Cow vs Heifer (the moms)

Cows are a lot like people in that they have a 9-month gestation period, and some cows get pregnant regularly and others not-so-often. A “good cow” is one that has a healthy calf every year.

When a calf is about six-months old, it weighs about 500 lbs. From zero to six months, calves drink their mother’s milk. At six-months of age, we wean the calf from the mother’s milk and they start to eat grass.  The reason for this is because at six-months the calf is able to effectively convert grass to nutrients (more on this later).

On our farm, we know exactly when all of the calves on our farm will be born within a few weeks.

The reason for this is because we only let the bulls (the Dads) in the same fields with the cows (the Moms) at certain times of the year.

In many ways, this is just like a human timing the birth of their child. If they want to have a child in the summer, they figure out when they need to conceive, nine-months earlier.

For calves, one of the many reasons we time the birth is for the protection of the cow and calf. Usually, cows give birth outside in a field and no one is nearby when they have the calf. Birthing conditions are much better for mom and baby in spring and fall, when it’s not too hot or too cold.

Let’s talk about the calves (the babies)

The calves stay with their moms for about six months, and then they’re weaned. There are two big reasons this happens at six months of age. First, at six months the mother no longer produces milk. Second, at the beginning of a calf’s life he needs his mother’s milk for nutrients. However, as he grows, he slowly starts to get more nutrients from the grass verses milk. At 6 months, the calf can convert grass to nutrients, and he will grow and gain muscle from the grass’s nutrients.

On our farm, once the calf is six months, we have to make a decision on our next step and it’s typically one of three paths. We can either 1) sell them to a cattle sale barn, 2) keep them for future Clover Meadows Beef sales, or 3) keep them to be future breeding cows (the Mom cows) at our farm.

Our best calves are hand-picked to be Clover Meadows Beef, which is the beef we sell as quarter, half and whole beef.

These calves will spend the next 12 to 16 months on grass until they are around 1100 lbs. At that time, they’re ready to be processed in to the protein packed, lean grass fed Clover Meadows Beef that our customers know and love.

How long does it take to raise a calf to it becoming beef on a plate?

To give you an idea of the whole timeline, if we breed a cow in the Summer of 2020, it will give birth in the Spring of 2021. The calf will be weaned in the Fall of 2021, and then it eats grass and grows for 12-16 months. It will then be delivered to a customer’s door as finished beef in the Winter of 2022.

As you can see, it’s a very long term process. It’s a total of almost 3 years from conception to a steak.

Hopefully, this helps explain why all farmers have a limited quantity of beef to sell. We’re guesstimating 12+ months out how much beef our customers will want to purchase the following year. 🙂

When a male calf is born, it’s called a bull calf. Typically, between three and six months of age, a bull calf is neutered and then it is known as a steer. By definition, a steer is a male animal that has been neutered.

We’ve been asked lots of questions on why farmers castrate bull calves. The primary reason is because bull calves have a temper and they like to fight each other to establish dominance. This makes them very difficult to handle on a farm.

Another big reason is because lower levels of testosterone in beef leads to higher quality grades and more consistent tenderness and marbling in beef.  When testosterone is present in bull meat, the beef’s taste and flavor changes and becomes more gamey.

Bulls have a very specific job and it comes around two times a year – when we let them in the field with the cows. ‘ Nuff said!

One bull can breed about 25 cows.

When they aren’t breading, they’re living the high-life and enjoying roaming fields, eating grass, and they don’t have any female cows telling them what to do!

There are tons of interesting facts about bulls, and we’ve discussed fun bull facts a lot. One of our favorites is that scientific studies have shown that the bull will follow a cow in heat for about 10-miles. This is their “dating” process. One of the ways a bull can tell if the cow is ready to be bred is by the smell of her urine (yep, it’s sort of like a woman’s fertility test).

Like many cow-calf operations, we buy our bulls from someone that specializes in bulls. We’ve written about buying a bull and shown a bull auction in previous posts.

We could raise our own bulls on the farm (after all, some of the calves born on are farm are male), but we choose not to. The reason for this is because if we did, it’s entirely possible that as time progresses a bull could end up breeding with his cousin, aunt or sister. That’s not good!

Also, 65% of the genetic makeup of a calf comes from the bull, not the cow. Therefore, if we want a calf that has leaner meat, we will let a leaner bull be in the field with those cows.

Hopefully we’ve answered all of your questions about steer vs bull, and cow vs heifer. If you have other questions, let us know. We love to talk about beef.

Do you want to learn more about beef? Here are a few other beef posts and recipes you may like. Plus, we have an entire ebook about beef that goes through purchasing and preparing beef from a farmers perspective.

Pin it for later! 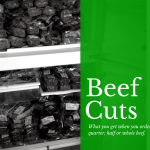 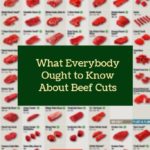 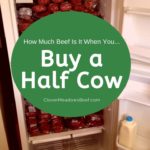 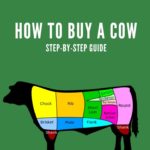 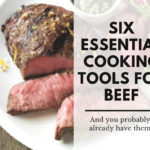 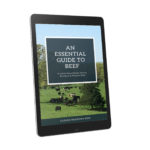 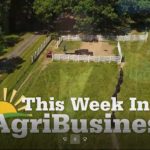 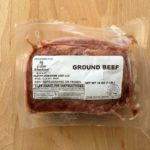 9 Must-Ask Questions Before Buying Farm-Fresh BeefYes, I Need That!